In addition to his many other accomplishments, Benjamin Franklin formed the first successful cooperative in America some 250 years ago. His Philadelphia Contributionship for the Insurance of Houses from Loss by Fire is still in business, making it the oldest fire insurance company and the third oldest corporation in the United States.

The idea of using a set of principles to guide cooperatives came from the Rochdale Equitable Pioneers Society. This cooperative store was formed by a group of English weavers over 160 years ago to pool their purchases to get a better deal from suppliers.

They wanted a set of principles to guide their new organization. The seven items they developed are used around the world today to define the spirit of a cooperative. They are: 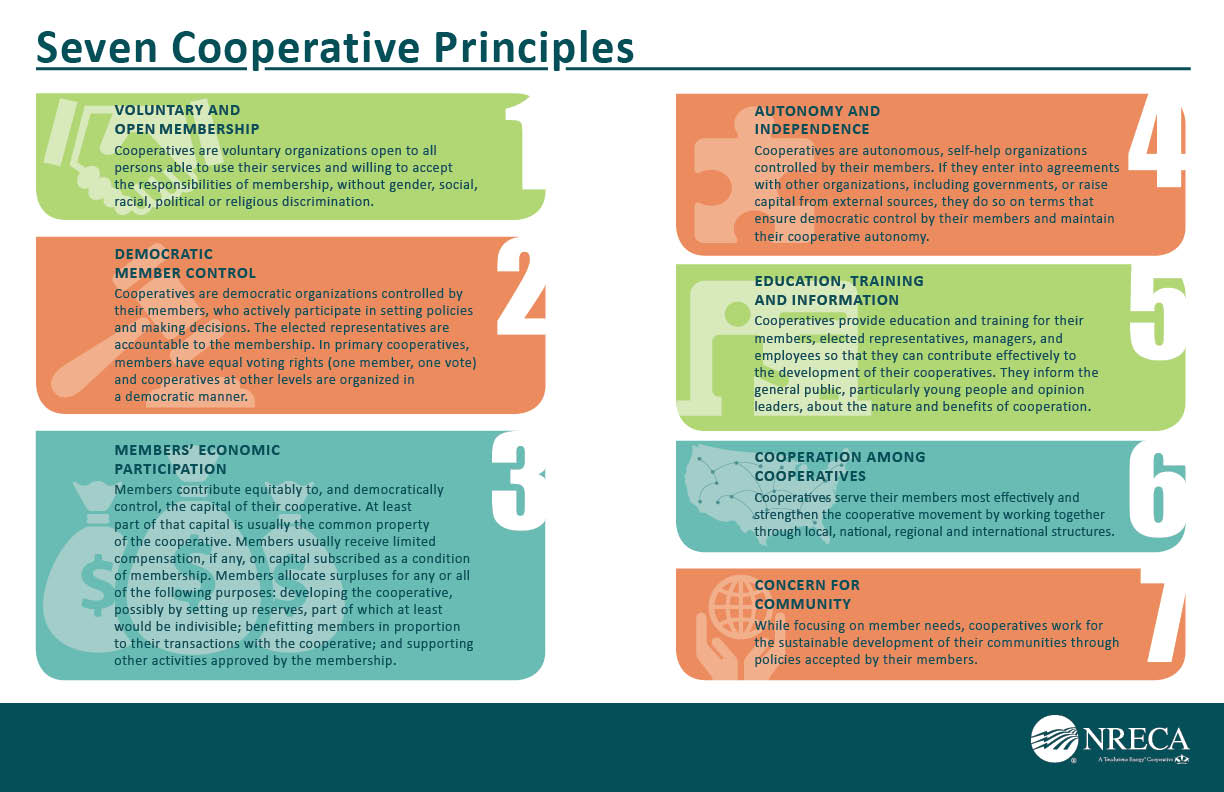